Bill Cullen overlooks his cove, where several feet of sediment were removed.

Lakefront homeowners on Lake Wylie ask about dredging their coves, but there are many reasons it doesn’t happen.

Lake Wylie Marine Commission and Catawba Riverkeeper Foundation are frequently asked about the process. Catawba-Wateree River Basin Advisory Commission members have been asked often enough, it brought in an expert for answers.

“This is not a do-it-yourself type project,” said Jen Huff, director of lake services for Duke Energy, the company that manages Lake Wylie.

Dredging, or taking sediment from the bottom of the lake and putting it somewhere off-site, is a lengthy and expensive process. Since 2013, there have been 11 residential dredging permits issued by Duke on Lake Wylie. Lake Norman has had 206 in that same span. Two other permits were issued throughout the rest of the Catawba River basin.

Permits are good for 18 months, so residents have to factor in that closed window. Three to nine public agencies have to sign off on the application. Larger or more complicated dredges requiring Federal Energy Regulatory Commission approval may add more agencies and months to the process.

A dredging application submitted in mid-December couldn’t get the permit until March or April at the earliest, Huff said.

“You’d have to take into account that fish spawning period,” she said.

Inspections are rampant throughout the process. Homeowners have to identify where they will store the removed sediment, then pre- and post-inspections are done to make sure rains won’t send it back into a waterway.

“We don’t want it ending up in the lake again,” Huff said.

Duke can approve dredges of up to 2,000 cubic yards. Even someone with a permit can’t take out an unlimited amount of sediment, or more than erosion deposits.

“Homeowners are only allowed to remove accumulated sediment,” Huff said. “You can’t dig into the lake bed.”

This summer a Mattamy Homes construction site spill dumped untold amounts of sediment into Lake Wylie. Several lake and environmental groups called it the largest such spill they’ve seen on the lake.

“That would be part of the commercial process, which is even more involved,” Huff said. “It’s painful on a number of levels.”

But the main reason for so few residential dredges, most likely, is cost.

A typical residential dredge costs about $1,000 for a security deposit and a $2,500 to $3,000 fee. The work costs another $15,000 to $20,000. There are a limited number of contractors throughout the basin who can do a residential dredgewho may have to travel considerable distances to do the work.

“A lot of times they’re trucking it,” Huff said. “They’re removing it, putting it on a barge and trucking it out.”

S.C. Rep. Bruce Bryant, who lives at and represents part of Lake Wylie, said costs can add up quickly for residents concerned their coves are being filled.

“I don’t know anybody who can afford that,” he said.

A lack of Lake Wylie dredges, Bryant said, isn’t for lack of concern.

“Big Allison is filling in every day on the mouth of that creek,” he said. “And Crowders Creek, of course, has been an eyesore for many, many years.”

S.C. Sen. Wes Climer, a new appointee to the bi-state commission, isn’t suggesting anyone should do it. But he wonders whether residents might try to bypass the system.

“Is this one of those cases where it would be easier to just pay the fine?” Climer said.

If someone tried it, Duke has penalties such as taking away dock access or other ways to discourage rogue dredging.

“You’d be better off just going through the permitting process,” she said. 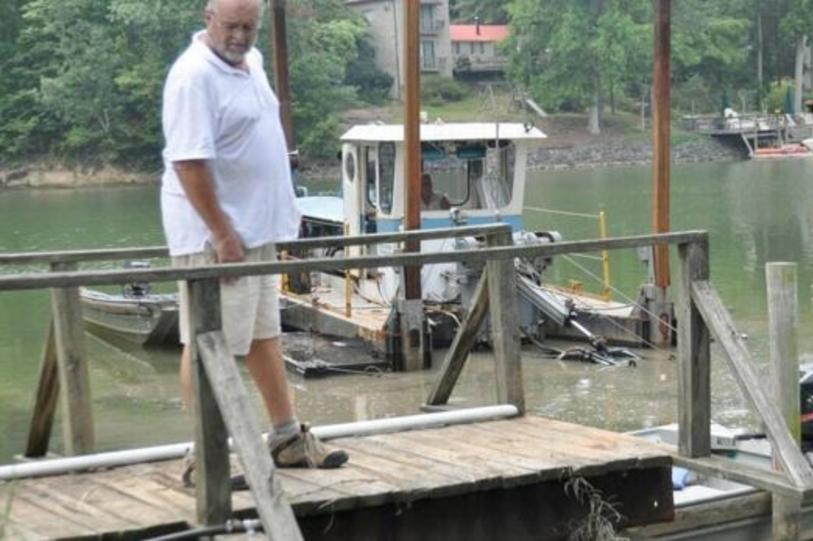 Lake Wylie homeowners ask about it all the time. But dredging ain’t easy. Here’s why.